Bollywood actress Kareena Kapoor Khan, who is expecting her second child with Saif Ali Khan, recently reunited with her girls gang. Bebo, Malaika Arora, Natasha Poonawalla and Mallika Bhat gathered at Amrita Arora’s house in Mumbai for a girls night. The ‘Veere Di Wedding’ actress shared a stunning photo with her besties on Instagram along with the caption, “Reunited.”

PICS: Kareena Kapoor Flaunts Her Baby Bump As She Gets Snapped In Town

Kareena and her friends were all smiles while striking a pose for the camera. The ‘Good Newwz’ actress radiated pregnancy glow in the picture. Karisma Kapoor, who couldn’t attend the get together, dropped a heart emoji in the comments section. Check out the photo!

Natasha Poonawalla also shared a picture from the fun-filled reunion on social media. She wrote, “Can’t go through life without your flock, this is mine.”

Amrita Arora also shared a photo along with the caption, “When in the bay…it’s a girlie time #reunited we stand.” Kareena and her BFFS savored mouth-watering pizzas during the girls night. 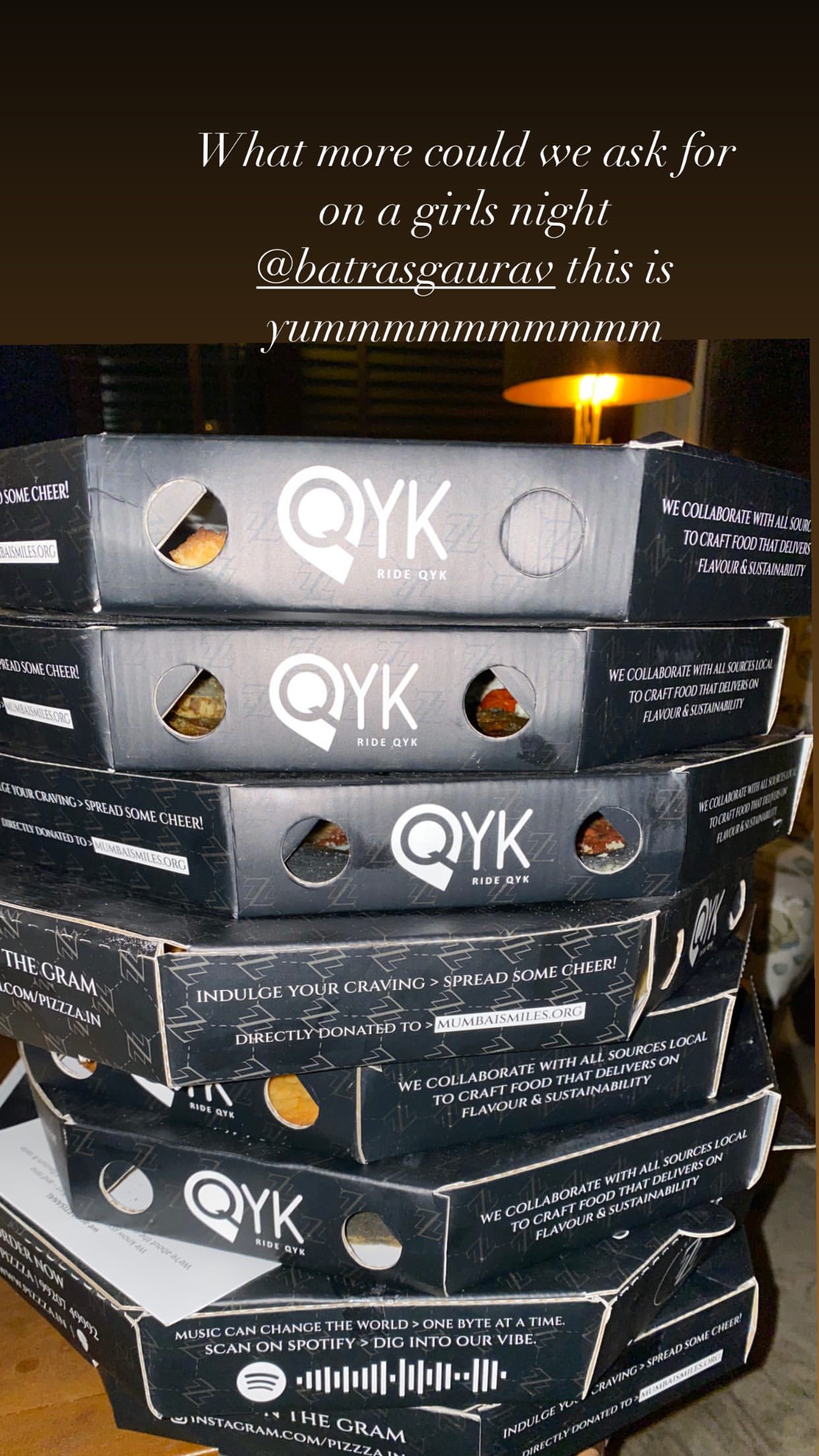 Saif Ali Khan and Arjun Kapoor jetted off to Jaisalmer to shoot for the next schedule of ‘Bhoot Police’. Kareena, Taimur and Malaika visited their respective partners in Dharamshala while they were shooting for the horror comedy in the picturesque hill station. Bebo and Malaika gave a glimpse of their mini-vacation on social media.

Kareena and Saif are quite excited to welcome another little member into their lives. Their four-year-old son Taimur Ali Khan is considered as internet’s most favourite child as his photos go viral in no time. The couple had announced the arrival of their second baby on August 12, 2020.

Saif will be taking a paternity leave to spend quality time with Kareena. The ‘Jab We Met’ actress is due for delivery i March 2o21. Saif’s ‘Adipurush’ director Om Raut, while talking to Bombay Times, revealed that the actor will join the team sometime in March.

On the professional front, Kareena will be next seen in ‘Laal Singh Chadha’. The movie co-starring Aamir Khan is the Hindi adaptation of ‘Forrest Grump’. It was originally slated to hit the silver screens in December 2020; however, the makers postponed the release date to Christmas 2021 due to the COVID-19 crisis.